The sakk’s in the mail

More cheque geekiness for you today.

The ancient Romans invented the concept of the cheque. They used praescriptiones to pay instead of gold. But we don’t really know what these “cheques” looked like. 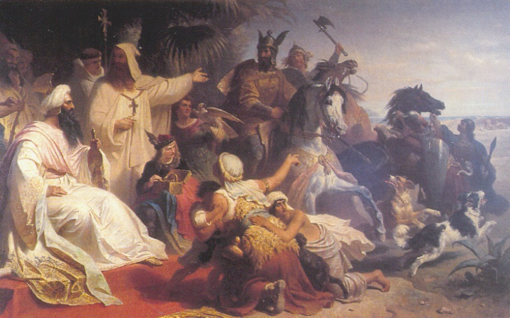 So, when was the first known paper cheque used?

About 400 years before the printing press was invented!

About 900 years before America was invented!

Muslim traders used the “sakk system” in the 9th century during the reign of Harun al-Rashid.

In the painting you can see al-Rashid receiving a delegation from Charlemagne.

In this system, a trader in one country could cash a sakk drawn from his own bank in a different country.

And the reason they used these paper devices? Same as today, really. They didn’t want to carry sacks of gold around with them.

Kinda dangerous back in the wild, wild East.

Cheques were faster and more secure.

And they can still be the cheapest, most secure way for your company to pay its bills today.

All product names, brands and trademarks are property of their respective owners.